My friend Zach was out today with a pretty cool setup. Just out on the local streetcorner with a giant homemade amp (made from parts from Noisebridge) and a record player, powered from his mobility scooter battery. The album is titled WE SHALL OVERCOME! Documentary of the March on Washington and has speeches and songs from the 1963 March for Jobs and Freedom. Anyway, he was playing MLK’s speech just hanging out there on the sidewalk at the bus stop. He had a photo of MLK in a frame with flowers around it. People were honking as they went by and stopping to listen and chat. It was really nice. 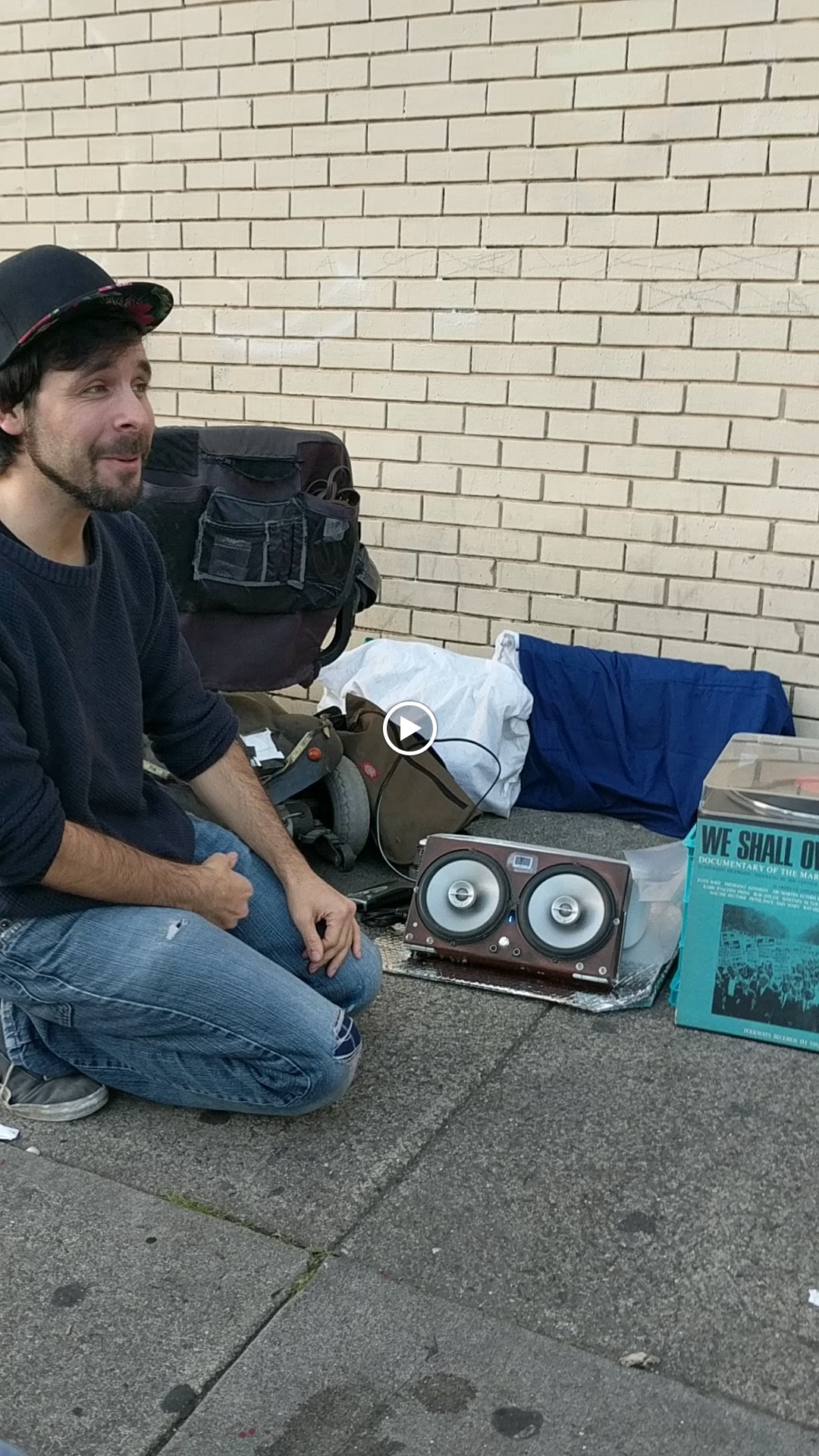 The thing is it is too hard for him to get to any of the actual events in town right now because of mobility, health & so on. I admire him making his own event at his own pace right on our block and what he could sustain doing, bringing all his skills in making electronics stuff, special power supplies and power converters, and scavenging, along with a super awesome sensibility that you can celebrate the life and ideas of Martin Luther King Jr. by making this beautiful bit of culture out on the sidewalk on an ordinary street corner. As a result anyone else who couldn’t get to a special thing downtown, or wherever, but had to go about their ordinary day, got this piece of community added to their day.