I was excited to go to meet whoever would show up at Bayview to Breakers: A Ragtag Regatta which wistfully & grandly called for ambitious, weird boats to explore the San Francisco shoreline without motors. We did meet a few awesome people hauling kayaks down a muddy rocky hill to the water, and we puttered around the south bit of the India Basin Open Space trail, making tiny drifter boats out of sticks and grass. India Basin itself is in Bayview, between Islais Creek and Hunters Point. Here’s a detail from a great map on a postcard from the India Basin Neighborhood Association – more about them later!

So, we started out in the Open Space III part of the park, down Aurelius Walker and looking south towards Open Space II and the power plant. The shipyard and docks between were very intriguing! I wish we could help fix those up. There are a few boats moored there and one hauled out on land. I wish there were still a ton of boats there. Check out what it used to look like in 1969! A lot more lively and alive. I wonder what changed between then and now? Awareness of the pollution issues? Some other “development” effort that came to naught but ruined what already existed? It was cold and drizzly but we had fun. I was dying to get in one of the kayaks. INstead we took off, went to a school BBQ, and came back when it was sunnier a few hours later, to the northern bit of the park. In between were a 24-hour ghost restaurant, the Surfside Liquor store, some housing, and The Box Shop which looks like a great artists’ studio built from shipping containers. A couple of groups were in the park all day – America True, which runs boating events for kids, and the India Basin Neighborhood Association. They fed us, talked with us, gave us kayak and motorboat rides, and were great hosts. I met a very smiley person in a life jacket: Melita told me some of the history of the struggle over the area’s development. I always end up listening to long confusing meetings of the Hunters Point Redevelopment council on the radio and am a huge fan of Harrison Chastang’s commentary on city and other news. Later I googled around and read up on the very interesting battle over whether Shipwright’s Cottage was historical enough to be a landmark that would block some condo developer from building giant-ass condos on this bit of privately owned land on the San Francisco shoreline. Clearly the history of that is more complicated that I could absorb in an evening of reading. But I did find wads of city documents, meeting notes, EIRs, the fervid rantings of Francisco da Costa about White Lesbians (capital letters!) butting in to screw up India Basin, and this pathetic and hilarious plea from one of the land owners in question:

oKAY then… Anyway, as I looked at the shore and the docks, I imagined them all fixed up, not destroying what’s there but with some more boardwalks and cafes and neighborhood businesses and a working shipyard and marina. Okay, it’s polluted. Probably where I live is too. As long as I’m not smack on top of the radium dial disposal pit. (Or the bit that caught on fire underground in 2000, and they just dumped some more dirt on top of it and crossed their fingers.) I would totally live aboard there and run Community Kayaks. Get some historic ships in there but make it all integral to the community. Get a laundromat and a grocery store and fix up that amazingly cool 24 hour restaurant, not like some kind of attempt at a Fisherman’s Wharf of the Southeast. And … not some kind of nightmarish gentrification which everyone (except real estate developers) wants to avoid.

So about the real estate. How about Albion Castle… a stone castle right on India Basin with its own *caverns* and 10,000 gallons of water per day from the aquifer plus the rights to the brewery name. On sale now for only 1.8 million dollars…

This site, Community Window on the Shipyard has a focus on the Hunters Point Shipyard not India Basin, but it’s a really good site that makes the official “INFORMATION” about the environmental mess and cleanup plans and progress easier to understand.

Also, here’s a link to the India Bay Neighborhood Association… And back to our beautiful day in the Basin! My son made a little boat, a two-master, that stayed afloat for an hour until the motorboat ran it over: In the riprap along the water by the parking lot there’s a gravelly slope that works well to put in kayaks. We met Dawn and Dan who were helping out and getting people into lifejackets. Dawn turns out to be Dawn Riley of America’s Cup fame. Dan is involved with BAADS, which I just recently joined. Cool!

I got into a 2 seater Old Town “Loon” kayak and tore up the Bay! Me and Milo went as fast as we could. He counted so that our strokes would stay coordinated. We checked out the docks at the old shipyards and went around a buoy. After crutching around the rocks kind of awkwardly, it was great to speed through the spray and I didn’t mind getting wet. Everything was sparkling in the sunlight. I like things like ruined docks and horrible old power plants and grungy marshlands and will definitely be back to kayak around this area. Then the kids had a ride in the motorboat, and I took another kid out in the kayak – he too was into going as fast as possible. We had fun and clearly he could have stayed out there a lot longer. Afterwards we went to the EcoCenter in Heron’s Head Park, just north of India Basin. It was gorgeous, but closed and looks like it’s been closed since mid-July. I didn’t realize this from the EcoCenter Blog! We enjoyed walking around it anyway. I like the way the tanks look, and the wooden walls. However, I find that Da Costa the environmental activist and slightly off base and racist ranter really, really does not like the EcoCenter or the Heron’s Head park (or, really anything but the mythical golden past) because putting a park and a children’s education center in the middle of a toxic waste dump is horrible. He kind of has a point there — and yet visiting a park is a lot less horrible than building giant non-earthquake-safe condos in the middle of it all and seems like a good use of land that has been messed up. It means that someone goes there and has a reason to go there and a reason to keep cleaning it up. Here’s some alternate reports and data on Heron’s Head Park aka Pier 98 from Literacy for Environmental Justice, which you know is good and friendly because it’s all in Comic Sans.

My thoughts on the shoreline: we could probably figure out how to test the toxicity of things in the area ourselves. Not like I know how, but it should be possible. Do some soil and water tests now and keep doing them! My other somewhat flippant solution is to put free (and compulsory) housing for the main City government people right in the worst spots. Make their kids go to school there too. Then they will have to haul ass to improve the situation. As a side effect, cowardly do-nothings won’t dare run for office.

Since that won’t happen anytime soon, I wish the neighborhood association luck in their plans to keep the shoreline for public use, for a maximum number of people to enjoy rather than for some gated condo community that a few developers make an obscene profit on out of exploiting the housing market. The shoreline is held in public trust and I like the idea of recreational use combined with historical preservation. To do any of that I think people need an awareness of the neighborhood’s past and present and how environmental racism affects the community and the entire city. 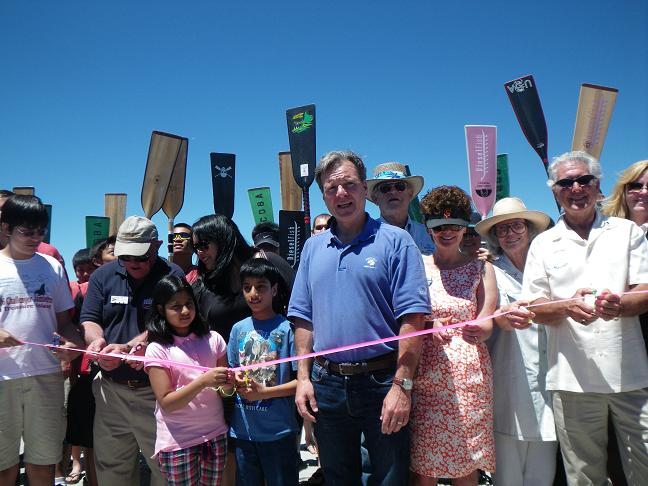