To give a little extra context for the poem “Feminismo” by Alfredo Arteaga, here’s some of what women were doing in Argentina at the time.

“On May 10, 1910, the date of the centennial celebration of Argentine independence, the first Congreso Feminino Internacional convened in Buenos Aires, with more than two hundred women from Argentina, Uruguay, Peru, Paraguay, and Chile in attendance. Dr. Cecilia Grierson presided. Grierson had attendend the Second International Council of Women (I.C.W.) meeting in London in 1899 and had returned to Argentina intending to found an Argentine branch of the I.C.W…. organized by the University Women of Argentina (Universitarias Argentinas) included among its sponsoring groups the National Argentine Association against the White Slave Trade, the Socialist Women’s Center, the Association of Normal School teachers, the Women’s Union and Labor Group, and the National League of Women Freethinkers.”

– from Latin American Women and the Search for Social Justice, by Francesca Miller, 1991. Here’s a link to a brief overview in English, by Marilyn Mercer, of feminism in Argentina in the 1800s and early 1900s.

In contrast to essentialist sexists like Arteaga, some of the great politicians of Argentina like Domingo Sarmiento fought for women to have access to education. Sarmiento thought women needed education to become involved in local politics. Through experience in local politics they would gradually acquire the skills to participate in national politics, voting, running for office, and being part of public life.

But high schools meant for college prep didn’t open in Argentina until 1905. 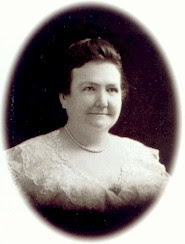 Here are some of the women Arteaga was likely complaining about: